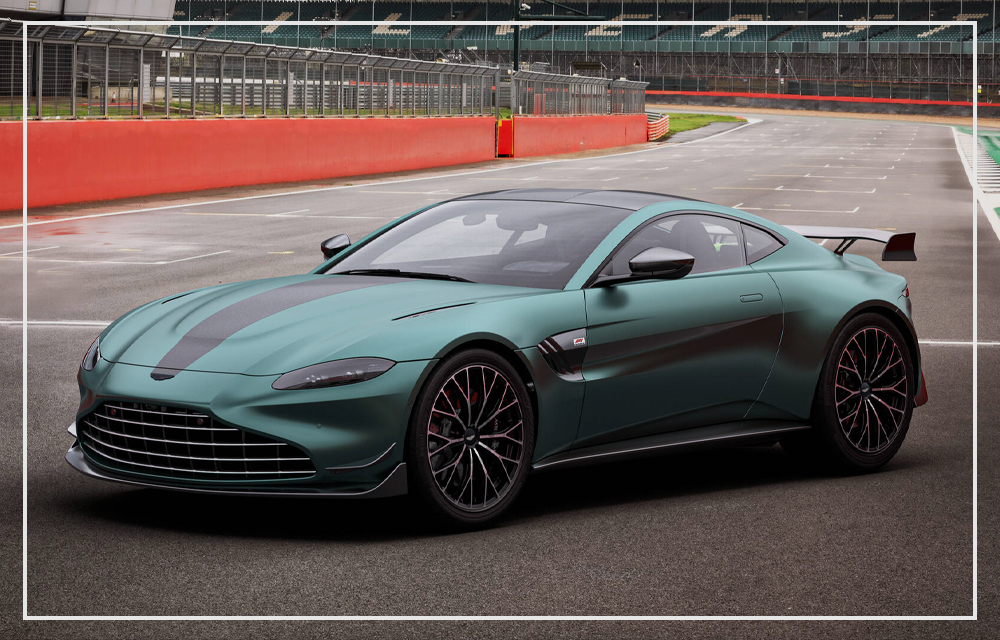 When the Vantage first came out, it completely changed the way people viewed Aston Martins. The original was one of the most popular Aston Martins ever released and became an iconic car among many. Those who liked the initial model will be happy to hear that Aston Martin has returned with a new incarnation.

The 2022 Aston Martin Vantage comes with a 4.0-litre twin-turbocharged V8 engine producing 503 horsepower and 505 lb-ft of torque thanks to its high-pressure direct fuel injection system. The engine can be mated to either an eight-speed automatic or seven-speed manual transmission depending on the driver's preference.

The 2022 Aston Martin Vantage infotainment system has a standard 8.0-inch center screen. The display can control the four-speaker audio system, navigation, and Apple’s CarPlay and Android Auto smartphone integration. The infotainment system features a rotary controller that easily lets you scroll through menus and input information.

The infotainment system is easy to use, thanks to its simple interface and large knobs that let you quickly adjust the volume or change radio stations. The menus are easy to read, making it simple to find the function you're looking for. You can also use voice commands to issue commands like calling a friend or changing the temperature.

Drivers can enjoy a greater range of seating positions with the new Aston Martin seats, which have been designed to ensure maximum comfort and support for all body types. The steering wheel is heated and wrapped in leather.

The new Aston Martin Vantage also comes with an array of other comfort features that make it a pleasure to drive, including:

The 2022 Aston Martin Vantage is ideal for car enthusiasts who care about safety. It has several features that make it both fun and safe to drive, including:

The 2022 Vantage is an unmistakable Aston Martin, with a wide and low stance and LED headlamps that appear to surround the grille and stretch toward the side of the car. The wheel arches have been given a sharpened look with a "bladed" design, which gives them a more three-dimensional appearance.

The new Aston Martin Vantage is everything its predecessors were, but with a much more refined design. Everything inside and out has been redone to create an even more luxurious car than the previous models.